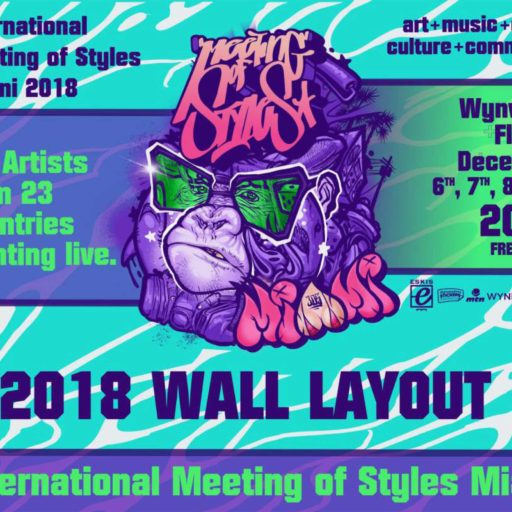 2017 was the first time for Miami to join the MOS map… and it turned out great! So no doubt that the Meeting had to return the sunshine state and in 2018 is very scheduled together with Art Basel to enrich the fair with some real Graffiti- and Mural-Art. Don´t miss!

2017 was a complete success with 38+ artists from around the world. Two buildings were painted in the heart of Wynwood, Miami, over a 3-day period. The event brought together local and international artists and the result speaks for itself.

Several walls in several blocks will be repainted by more than 90 artists.


As the seat of Miami-Dade County, the municipality is the principal, central, and the most populous city of the Miami metropolitan area and part of the second-most populous metropolis in the southeastern United States.
It is the eighth-most populous and fourth-largest urban area in the U.S., with a population of around 5.5 million. The city is a major center, and a leader in finance, commerce, culture, media, entertainment, the arts, and international trade.


Check out the local orga at FB!