The spanish MOS is growing and evolving bigger and better from year to year. This year a very inspiring spot is waiting for all registered artists. The place to be holds many nice walls in various sizes. Stay tuned! 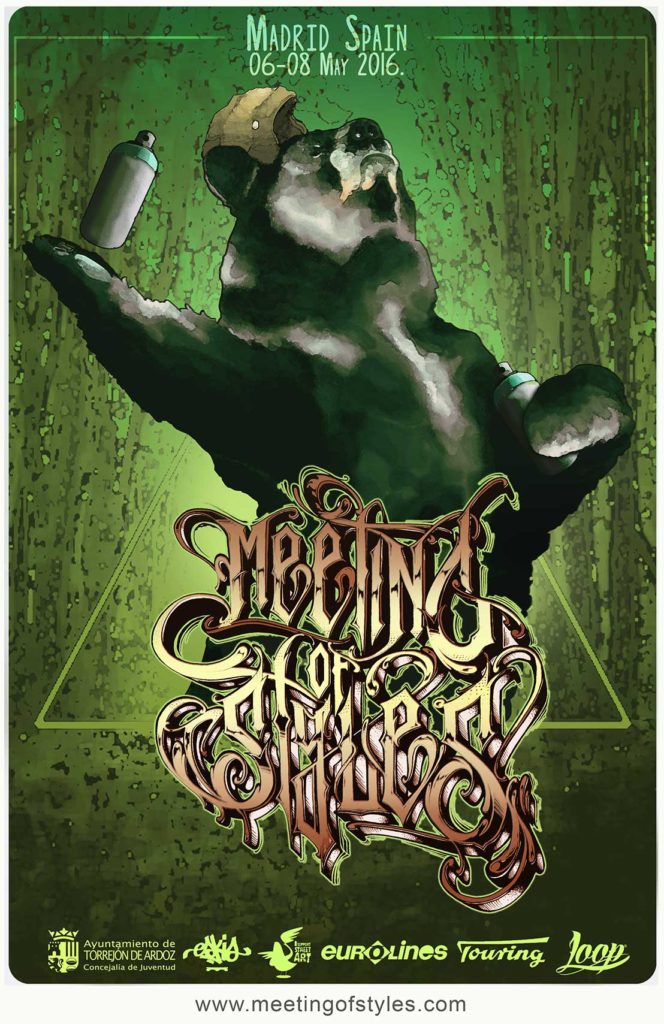 The Madrid urban agglomeration has the third-largest GDP in the European Union and its influences in politics, education, entertainment, environment, media, fashion, science, culture, and the arts all contribute to its status as one of the world’s major global cities. Due to its economic output, high standard of living, and market size, Madrid is considered the major financial centre of Southern Europe.

Live music and DJ during the event – More than 50 artists from all over the world coming together with artistas of Spain, sponsor Graffiti workshop, Fast & Quality Graffiti competition, Rap Battle and many more surprises!!

Check out the Facebook-page or for any inquiry or participation get in touch with mosmadridcity@gmail.com